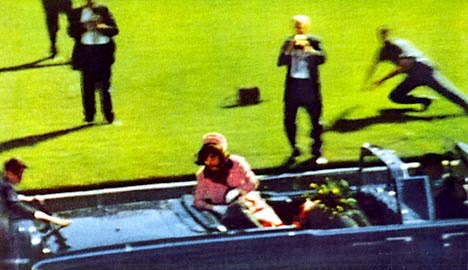 On November 22, 1963 shots rang out in Dallas, Texas ending the life of President John F. Kennedy and imploding Camelot. The entire nation seemed to instantly erupt in grief and mourning.

In the village of Lake Orion, Michigan those same shots shattered my eighth birthday party and burst forever the bubble of innocence that surrounded me at that time. I suddenly knew that the world out there was potentially dangerous. I now realized that heroes could be killed.

My family seemed transfixed by the images on the television for many days as the nation paid its respects to our fallen hero.

We are forever connected Mr. Kennedy. As the nation remembers the events of fifty years ago I realize that there is an eight year old boy inside of me who was forever changed that day in 1963.

One of the ideas that he shared that has helped shape my life is: